Section 1: “Must read books for beginners”

‘One up on wall street` by Peter Lynch
One Up On Wall Street offers insight into the mind of one of the greatest money managers of all times.

`The security analysis` by Benjamin Grahm
Security Analysis is a book written by professors Benjamin Graham and David Dodd of Columbia Business School, which laid the intellectual foundation for what would later be called value investing.

The Black swan` by Nassim Taleb
The Black Swan: The Impact of the Highly Improbable is a book by the essayist, scholar, philosopher and statistician Nassim Nicholas Taleb.

`Common Stocks and Uncommon Profits` by Philip Fisher
First published in 1958, this special edition allows investors to trace some of today’s most popular investment philosophies back to their genesis 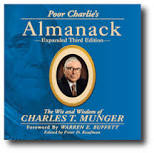