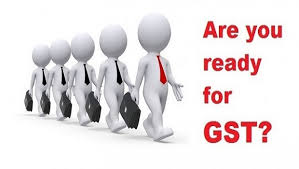 I received many e mails from members asking for queries regarding GST and its impact on our equity markets. I have tried to summarize some key points in the below article. Pardon me, I am not economist and below information is assimilation of information available in public domain which I have tried best to put in sequential order to help understand some intricacies.
On Wednesday, India moved yet another step closer for rolling out the country’s biggest tax reform after the LS cleared 4 crucial bills required to implement Goods and Services Tax (GST).The four bills – Central GST, Integrated GST, Union Territories GST and GST Compensation bills – were passed one by one through voice vote.

Under the current tax system, different states impose separate levies as goods move across the country. Truckers spend hours idling at internal borders,
filling out forms and awaiting inspection. Small and medium-sized companies prefer not to grow rather than have to deal with the administrative burden of becoming national enterprises. Compared to this mess, even a less-than-perfect GST would be an improvement.

A) At this juncture when India is emerging as the fastest growing economy in the world, the introduction of GST will further spur the growth momentum of the economy thereby consolidating the prowess of Indian economy in the global arena.

B) It is also being overwhelmingly felt that India’s adoption of GST will benefit the global economy. At this point when the global economy is getting increasingly gripped with gloom with Britain’s decision to pull out of Europe’s common market ,India’s efforts to build up a unified common market across the length and breadth of the country is laudable as it will also contribute to the growth of global economy.

C) It is being projected that introduction of GST could boost India’s economic growth by up to 2 percentage points.

D) The current tax regime is riddled with indirect taxes which the GST aims to subsume with a single comprehensive tax, bringing it all under a single umbrella. The GST aims to eliminate the cascading effect of taxes on production and distribution prices on goods and services.

E) As the GST will do away with multiple tax-rates, which is a burden on the common man, will also help usher-in an era of a transparent and corruption-free tax administration. It is also set to weed out the current shortcomings of the supply chain owing to the complicated, multi-layered policies.

F) As economists say the GST will cut down large number of taxes imposed by the Center and states and will lead to the creation of a unified market which will facilitate seamless movement of goods across states and reduce the transaction costs of businesses.

G) Most importantly while the GST will be critical in spurring growth momentum it will further enhance India’s potential as an attractive destination of Foreign Direct Investment.Most of the potential foreign investors are keen that India should introduce GST as soon as possible thereby sending distinct signal that Indian economy is committed to reforms and ready to integrate with global economy in tangible way.

All in all guys, Let’s welcome Government’s initiative to implement GST from 1st July 2017 (Which may get probably postponed based on the readiness of the industry to Sep’ 17).