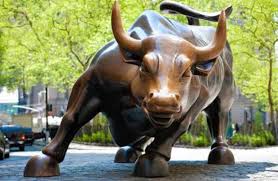 Hi guys, wish you all very very happy holi…Yesterday it was historic day for Indian markets. A landslide victory of BJP in UP again re-affirmed the “NaMo”magic is still in air despite all the pains of “DeMo” reform.

How will it affect Indian bourses in coming days?

I can’t predict near term price movements and nobody can ever will. But, it’s great long term positive news for Indian bourses going ahead. Yes, we have just entered in mother of all bull runs which we haven’t​ ever seen in Indian Equity history…

Some key important points to be pondered upon over here:

1) A victory for BJP in Uttar Pradesh, will be seen as an affirmation
of Prime Minister Modi’s policies
2) Landslide victory is positive surprise for Indian markets. Markets and even all the exit polls had only factored in average 150-170 seats in UP… Total 324 seats for BJP+alliances is indeed a breeze of soothing air….
3) With this win, Lets expect PM Modi to be more stronger and confident and much more reforms will happen in future.
4) Lots of Foreign institutional investors were sitting on fence looking for political stability … And they have got it..The victory gives clear indication that coming 2019 LS will give Modi next term and in turn more comfort for FIIs to bet big on for next 7 years.
5) This victory will also give BJP a leg up in upper house, Rajya Sabha.. Majority in both LS and RS will help them to steer through all key reforms easily in future.
6) BJP has emerged as only national party with very few major nationwide opponents… Congress is almost dead. BJP will now easily get things done in their way and this will help to improve economic growth to all new highs.
7) On one hand, Mr.Modi has focused on structural macro-economic reforms like fiscal prudence, inflation control and government-led infrastructure development in roads & railways.On the other hand, Mr.Modi has given equal importance to pro-poor transformational economic policies that touch the lives through schemes like Mudra loans, LPG cylinders & housing-for-all. There was speculation earlier of the government cracking down on dubious investments real estate and gold. These are two areas where government action can be expected now.

The kind of unfolding of events​ that has happened in last six months, it cannot be better than this for equity markets. In last six months, all uncertainties surrounding it are over now. From demonetisation period and its after effects, elections in the United States and now a clear victory for prime minister Narendra Modi in the country’s largest state of Uttar Pradesh.

So guys, keep on holding on fundamentally strong stocks and let the money compound in least risky manner !!!! Brace yourself for new all time high and welcome in new multi-year bull run in market.
Cheers !!!

25 thoughts on “Landslide UP vicory for BJP: Brace for new all time high and huge multi-year bull run….”