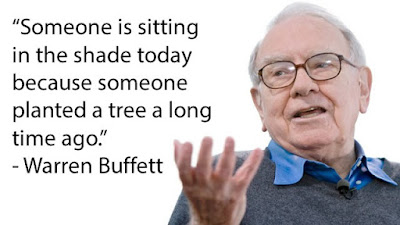 It was 1955.
Warren Buffett was 25 and just starting a family. One of the first instincts of a young family is to buy a house.

So, it’s not like Buffett didn’t have the money to buy it. By that time, he already had US$127,000 – quite a large sum for the time. A good house would have cost about a fifth of that. But he still didn’t bite.

His reasoning was unconventional. But the pure logic of it is striking – a completely rational calculation of what would lead to a better financial result. It’s void of all emotion and pre-conceived notions.

Buffett reflected on his situation at the time. He knew he had the skills to multiply money at a lucrative rate. Given that, he didn’t see the sense in blocking a big part of his capital in a house. He reckoned it would be wiser to rent a house instead, and use the money he saved to invest.

You might be wondering how Buffett’s decision and his situation sixty years ago is even remotely relevant to you today.

They very much are.

You see, residential rental yields back here in India are among the lowest in the world. They stand at a measly 2% or so. That is the amount of rent you pay per year relative to the market value of that property. So, even if you had the money to buy a house, should you?

Looked at another way, renting a house is the equivalent of taking a loan at an interest rate of 2% per annum. For just Rs 2 every year, you get to use an asset worth Rs 100. You could use it to invest. Agreed that you probably don’t have Buffett’s skills and wouldn’t be able earn the kind of return he did on that money.

But even a simple bank fixed deposit earns close to 8% today. Subtract the 2% rent you pay and that leaves you with a 6% surplus accruing to you every single year.

And if you are able to make investments that safely earn an even higher rate of return, your edge would be even larger than that 6%. Over the years, this edge can make a mammoth difference to your wealth.

Yes, when you rent, you may miss out on any property price appreciation that happens along the way. But relying on such appreciation for wealth creation is tricky. Who knows at what rate house prices will go up in the coming years? It could be a fabulous return, it could be mediocre, it could be nothing, or it could even be negative (yes, this too is a possibility).

Few make their decisions – including such personal ones – in the purely rational manner of Buffett. Is it a surprise that few achieve Buffett-like results?

Buffett eventually did buy a house a few years later, which he lives in it to this day. Perhaps once he reached a point where the cost of a house would be a much smaller proportion of his networth, he became more willing to give in to the temptation. But doesn’t stop him from ruing that decision even now: ‘I would have made far more money had I instead rented and used the purchase money to buy stocks.’